Changing Voice is a programme dedicated to singing vocality which resists the boundaries of binarian categorisation and contextualisation. This interdisciplinary project, primarily inspired by singing art, gender/queer studies and medical science, was first conceived during A.N. Constansts' MPhil and PhD years. Even though the ideas and methodology involved can be found, almost intact, in the researcher's doctoral thesis (Hybrid Vocal Personae, 2009), Changing Voice did not acquire its present form until recently. The programme's aim is to provide knowledgable and considerate consultations and support towards singers who are differently profiled due to a variety of reasons, such as non-binarian endocrinological formation. Apart from individual guidance and consultation, Changing Voice offers a series of public lectures, seminars, and workshops. Singing Voice researchers and practitioners interested in hybrid vocality as well as prospective participants and independent learners are invited to get in touch with Changing Voice via the Contact Us form. Academic tutors are also welcome to communicate and introduce their MPhil and PhD students.

Alexandros N Constansis, PhD has been working with the singing vocal persona since the '80s, first as a performer and a singing teacher and, post-2002, as an academic researcher.

His extensive body of performing work was comprised of Art Songs as well as Classical and Baroque repertoires. Characterised by a highly-individual timbre and general vocal persona, his professional singing career spanned almost two decades.The combination of Constansis’ performing and music teaching career (Singing and Music Theory), especially his special education needs work and practice during the early nineties, later triggered the practitioner’s interest in changing and alternative vocality. This interest became more academically oriented in the mid-nineties. The above coincided with his performing specialisation in roles originally written for the musici or castrati singers of the ‘Baroque’ era.

Since late 2002, Constansis’ research in alternative singing vocality expanded and incorporated scientific particulars, such as those of non-binarian endocrinology, as well as current developments in gender/queer theory and practice. In 2005, the above eclectic and multidisciplinary symbiosis gave birth to the concept of hybrid vocal personae: an umbrella-term which has characterised the researcher’s work ever since. The terminology, which was first presented in public in early 2006, has been an integral component of his doctoral thesis (2009, University of York) as well as of his forthcoming book (more details soon).

Constansis obtained his PhD in Music (Musicology) in 2010. He provides specialised singing consultation and support, firmly rooted in safe vocal technique and practice, for a limited number of hybrid vocal personae. Constansis is currently seeking funding (from organisations or individuals), which will enable him to help more of these uniquely-voiced singers. 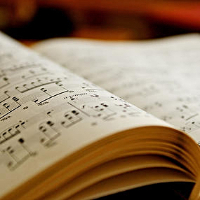